How To Skip The Lines With Disney Rider Switch

You are here: Home / Trip Planning Tools / How To Skip The Lines With Disney Rider Switch
333 shares

Are you planning a trip to Disney World but you’re confused about how to use the Disney rider switch?Are you going to visit Disney World with kids who don’t yet reach the height requirement for your favorite rides? But you don’t want to miss out either? The Disney Rider Switch is the perfect solution to ensure you get the most out of your visit – without even having to leave them at home!

As you may know, visiting Disney with toddlers or smaller children who are in the age-group for using strollers at Disney presents challenges. Riding rides shouldn’t be one of them!

Do you want to know more? Look no further, since this article gives you the exact low down on how to use the Disney rider switch in the event you want to try out some of the thrill rides or roller coasters at Disney! Her is how to make the most of your spell in the parks by using the Disney rider switch and save time by not having to queue twice for the same ride. And the best part is that it is totally free and really easy to use once you know how it works! 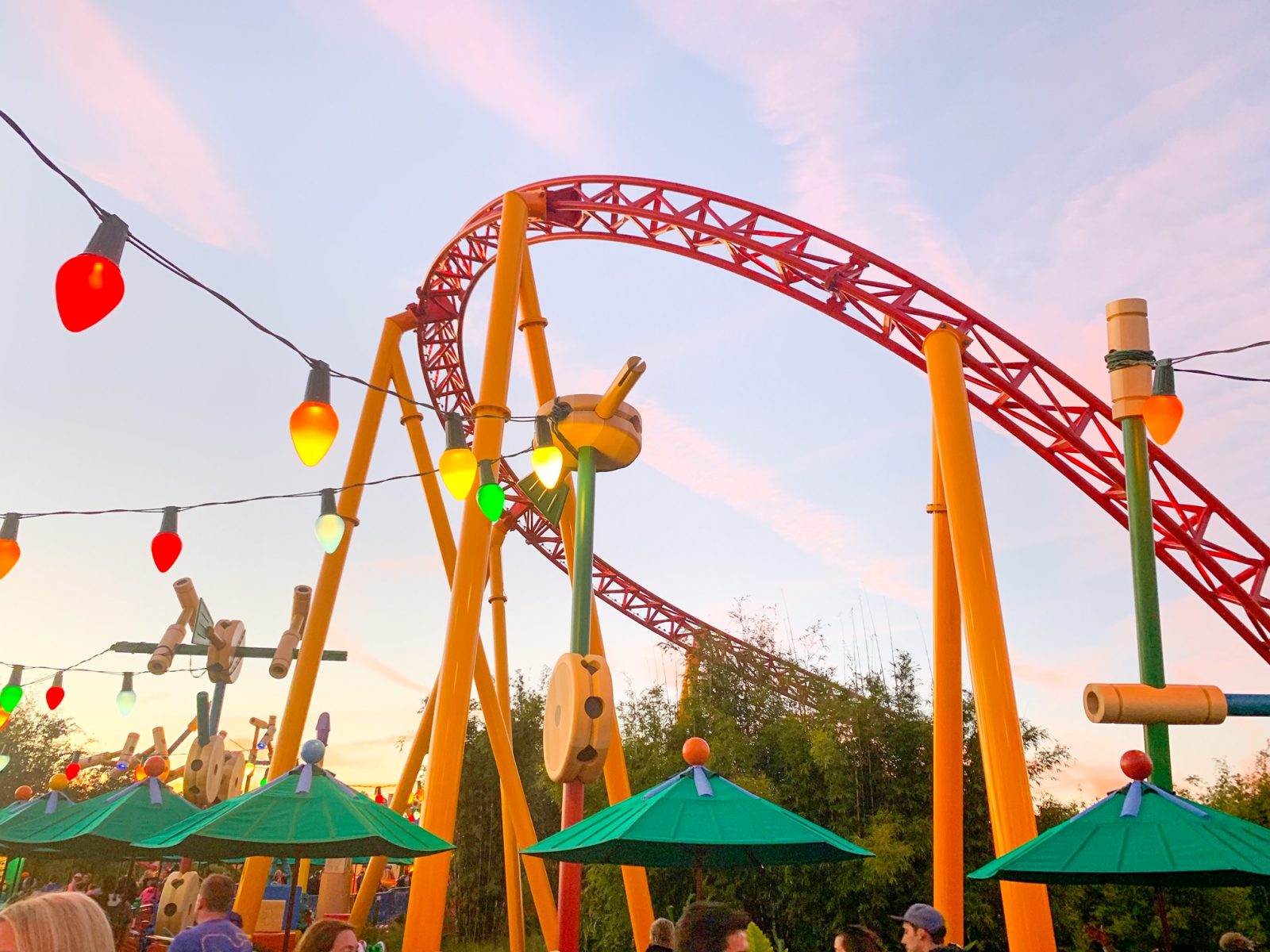 What exactly is the Disney rider switch?

The Disney rider switch, sometimes known as the rider swap or child swap, allows a member of your party to wait with a child who doesn’t meet the height requirement or a guest who doesn’t want to go on, or is unable to ride a particular attraction.

The rider swap at Disney world saves time for your party – since the guest who waits can use the fastpass lane; maximizing the time you spend in the parks on rides! It also means that up to 2 members of your party get to ride the same attraction twice; a win for everyone!

By utilizing the child swap at Disney, you don’t have to miss out on any of your favorite rides because of height requirements, or guests who don’t want to or are unable to ride the attraction.

READ NEXT:
How to Buy Discount Disney World Tickets 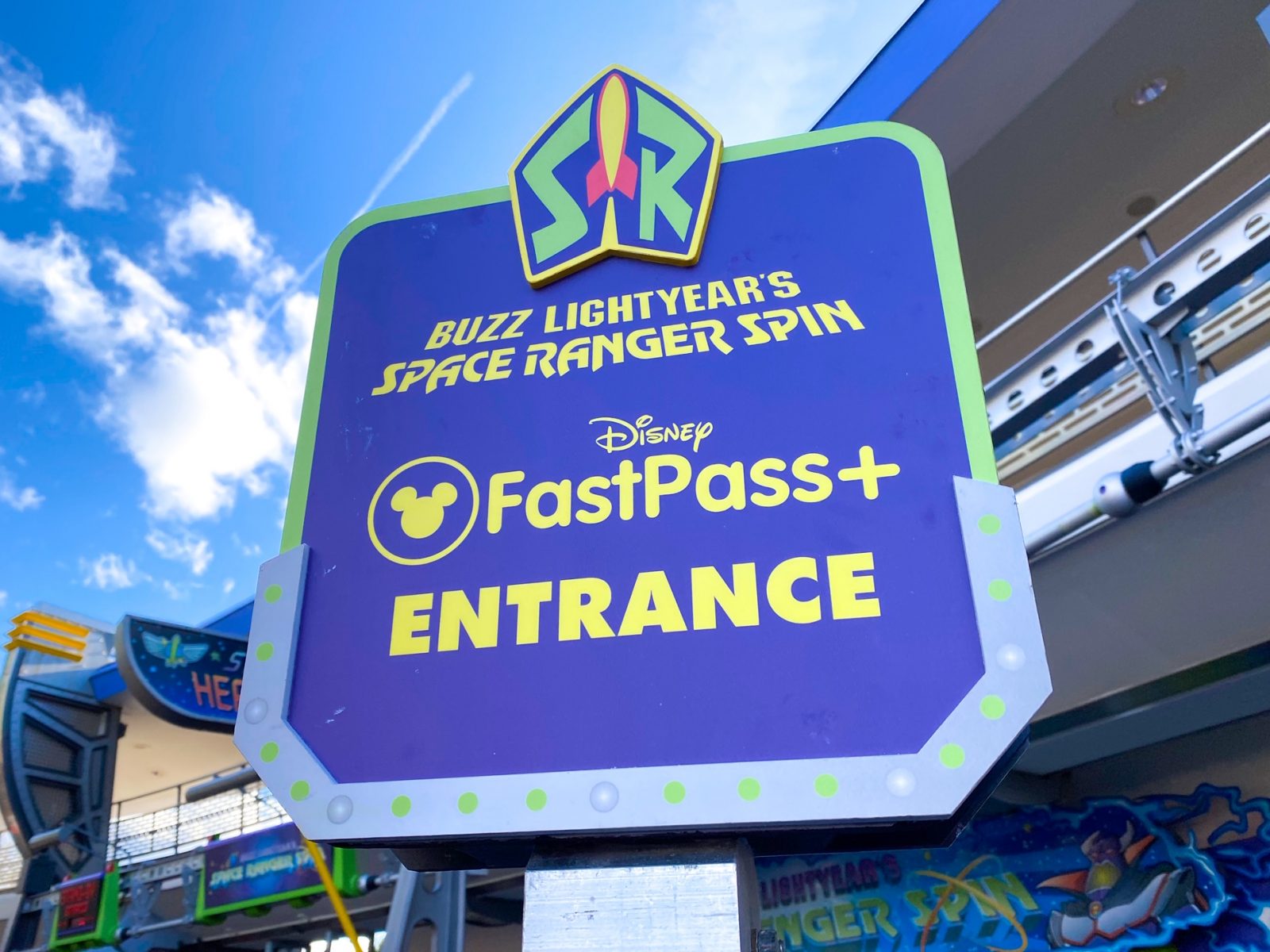 How do I use the Disney rider switch?

When you get to the entrance of the ride queue, let the cast member know that you want to use the rider swap. You have to be there with your whole party in order for the cast member to scan all the magic bands/ park tickets of those not riding, as well as those who will be riding a second time (more on that later). When this happens all the non-riders/ returning riders will be given a return time for the ride and be asked to wait in a designated area somewhere near the ride.

Once you’ve gone on the ride, meet back with your party at the designated area. Instead of them rejoining the ordinary queue, they can use the fasts lane, and get straight onto the ride.

You are allowed to bring up to two people with you while using the Disney rider switch if you have waited alone with a non-riding guest; so some members of your party can ride the same attraction twice – just remember to let the cast member know before you ride the first time. 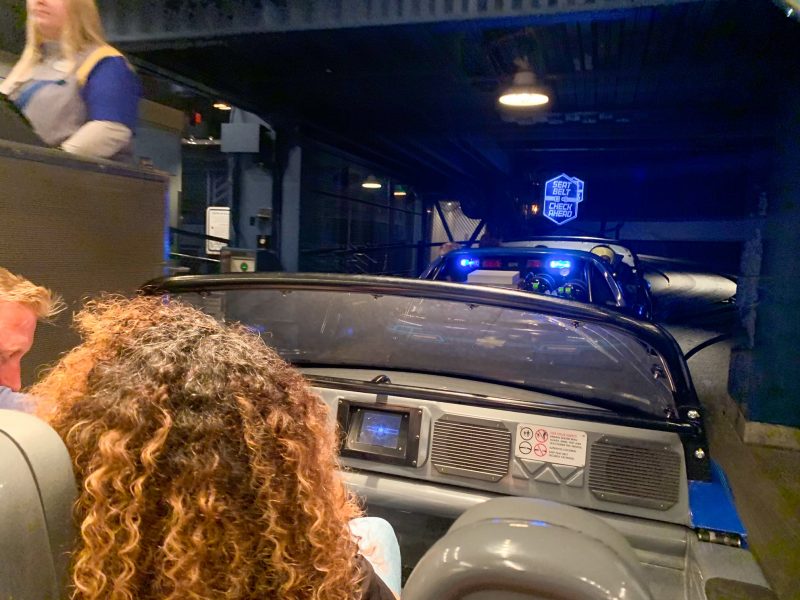 Can I Use Disney Child Swap With Fastpass+?

Fastpass+ allows guests visiting Disney World to pre-book times for attractions in the park. You can book up to 3 passes at a time, however, by correctly using the Disney rider switch, you can effectively double your fast-passes! If you want to read more, we have an entire post on the best and worst Disney Fastpasses which also includes insider strategy!

But how does this work if you’re only allowed to pre-book 3 fast-passes a day? Guests using the Disney rider swap use the Fastpass lane to board the attraction; therefore the second half of your group (the ones waiting to ride) do not need a fast-pass. Therefore, they are free to book 3 different rides to use their fast-passes on.

Here’s an example, say you’re a party of 5: Mom, Dad and 3 kids (one of whom doesn’t make the height restriction). Group 1: Mom and 1 of the kids book fast passes for the ride. Group 2: Dad, and the other two kids wait in the designated area nearby. Group 1 rides the ride first. After they locate Group 2, Mom and Dad switch.

Since members of Group 1 and Group 2 can use the Disney rider swap, Dad, and both kids over the height limit can ride the attraction within the 1 hour child swap period.

And because neither Dad, nor the other kid has used their first fast-pass, they’re free to select another ride to use that fast-pass on; and if that attraction involves the rider switch – then you have doubled the number of rides where you can use the fast-pass lane! Before you go, don’t forget to look at our Disney Fastpass secrets!

To save you time, feel free to download our handy guide on how to use rider switch and Fastpass+ on your smartphone so it is easily accessible once you arrive at the parks! 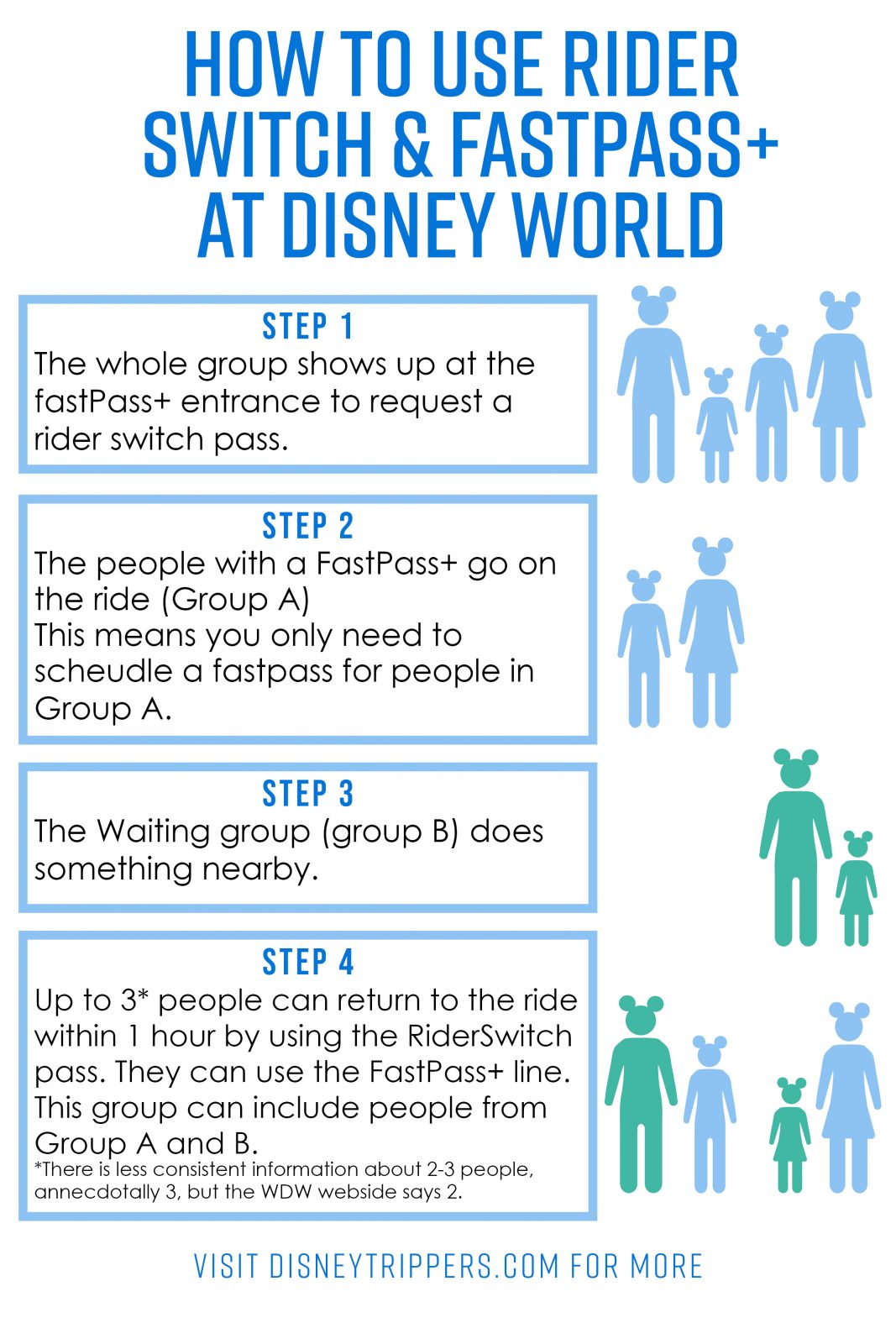 How Much Does Rider Switch At Disney Cost?

The rider switch is totally, 100%, completely free with your park tickets! If it is available at an attraction, it is simply added on to your magic band/ park ticket by the cast member who welcomes you to the ride. Easy! This is a great free service offered by Disney to make your experience better and more enjoyable! 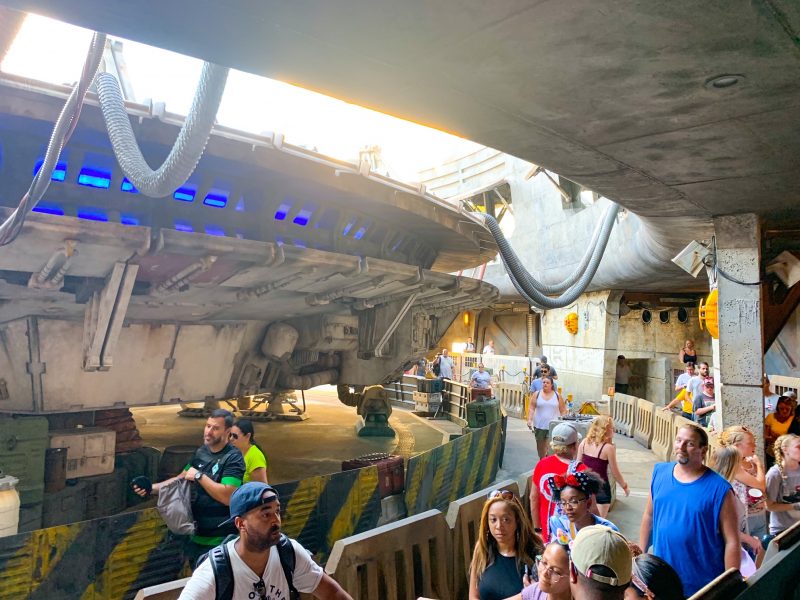 If you’re using the Disney rider swap, more often than not it’s because you have a child in your party who doesn’t yet reach the height requirement. Disney is very strict on height requirements, for reasons of safety, so here are some suggestions on the best rides at Magic Kingdom to use the child swap on: 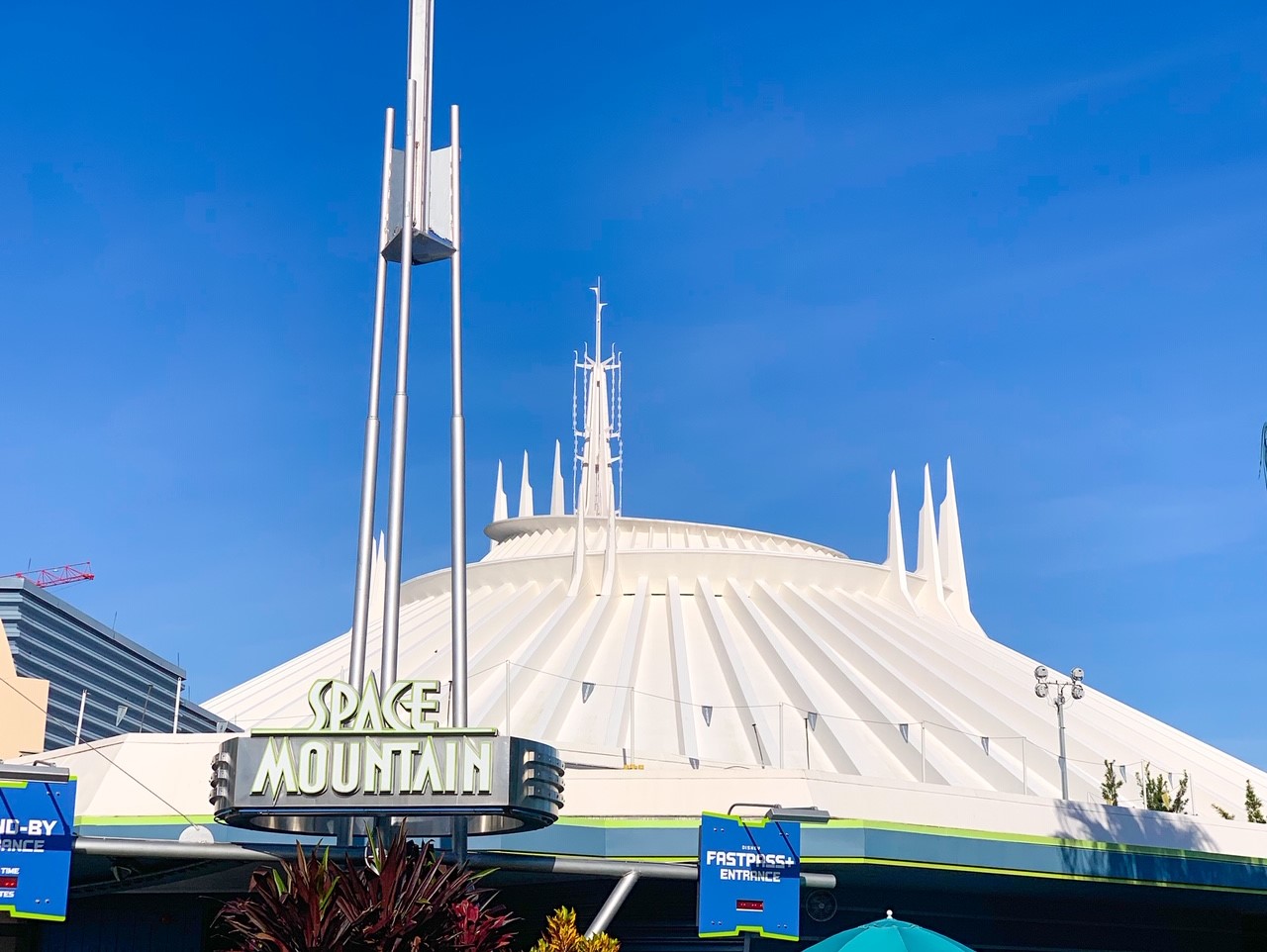 Although Epcot doesn’t have too many rides with a height requirement, there are still a few where we recommend using the Disney rider switch. Some of these rides your little ones might be slightly too small for, or find too overwhelming  (Orange Mission Space we’re looking at you) and decide they don’t want to ride – the child swap at Disney world is ideal for situations such as this. We suggest using the Disney rider swap on: 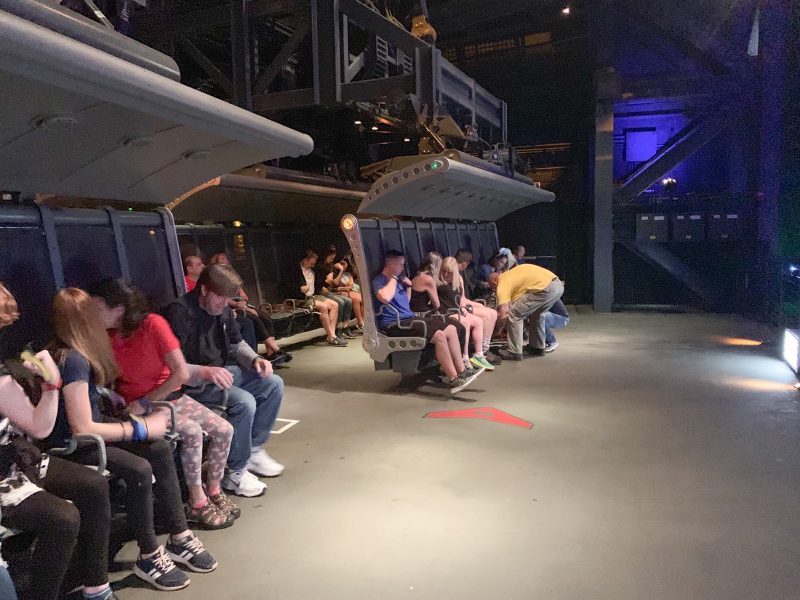 Hollywood Studios is known for its huge coasters and thrilling rides, and although there are many rides in the park which your little ones can enjoy, there are also a few with a height requirement, or which are too frightening for some children. Therefore we suggest that if you’re a thrill-seeker, you make the most out of your fast-passes, and combine them with the Disney child swap on rides at Hollywood Studios such as: 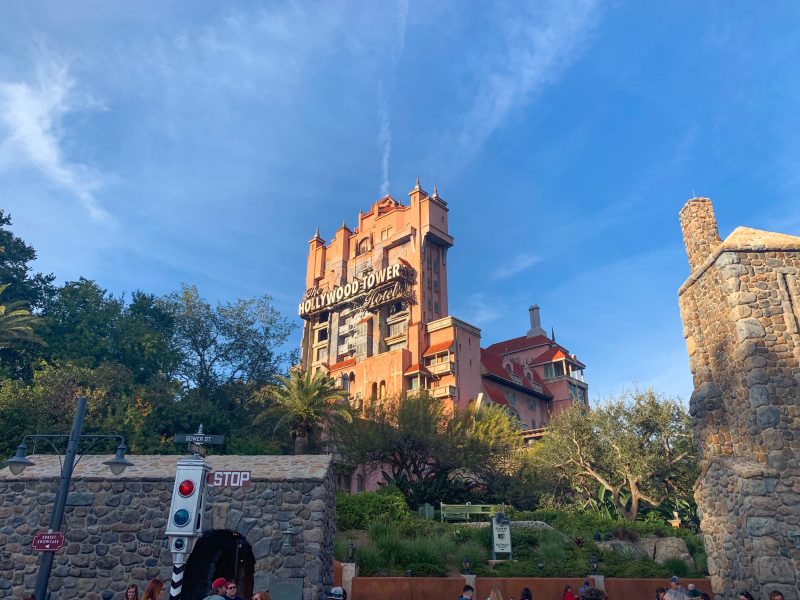 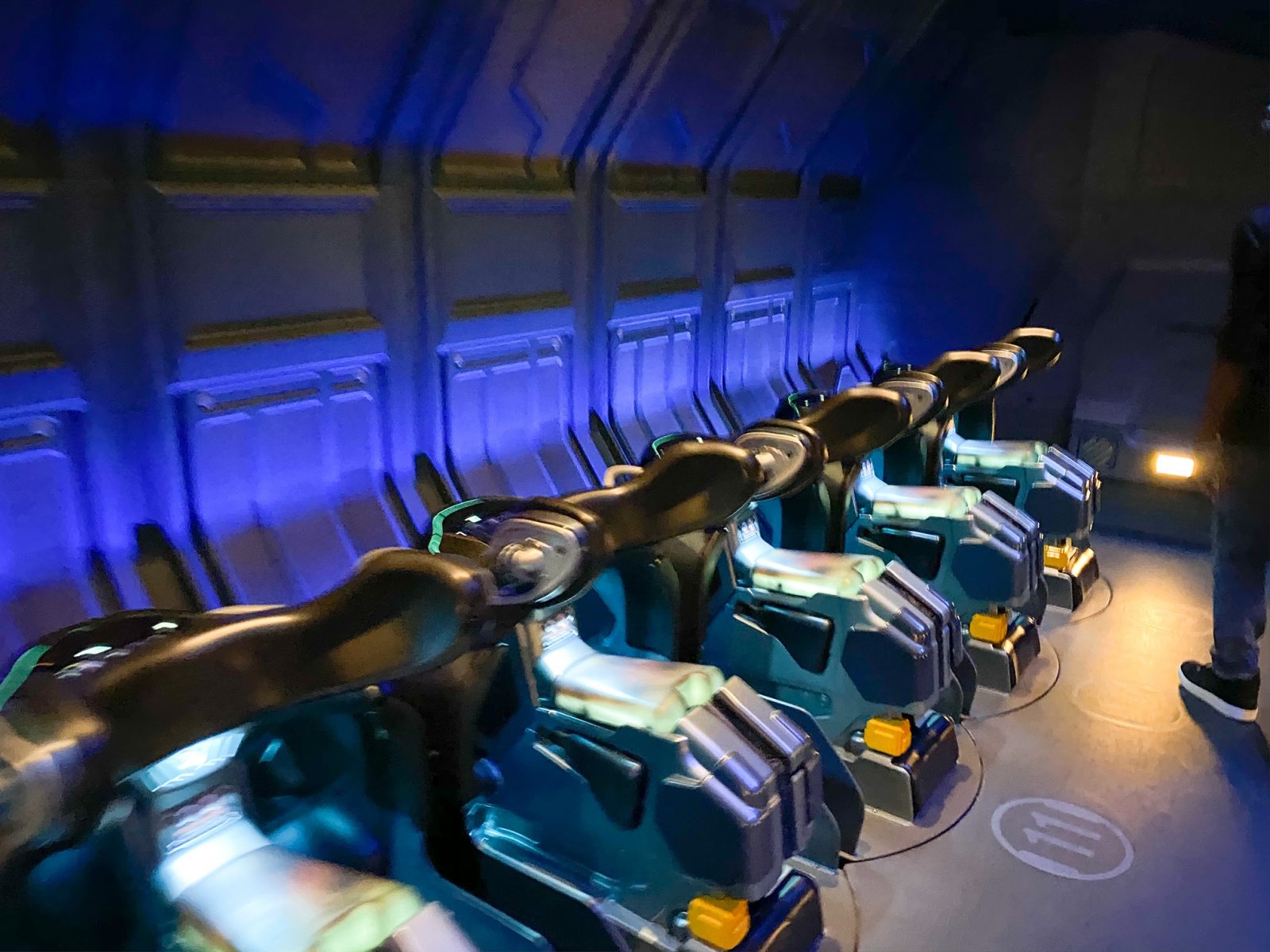 Comparing All of the Disney Skyliner Hotels
Next Post: How to Save Money Using Discount Disney Gift Cards