How To Do Disney Rope Drop And Beat The Crowds

You are here: Home / Disney Planning / How To Do Disney Rope Drop And Beat The Crowds
219 shares

Are you curious whether getting up early for Disney rope drop is worth it? We are here to share all of the ins-and-outs of Disney World rope drop and provide you with strategies on how to make the most of your early mornings at Disney!

There are some perks to setting that alarm and grabbing some coffee to get into the parks before they open. Visitors to Disney World have the option to do rope drop at Hollywood Studios, Magic Kingdom, Epcot, and Animal Kingdom. However, just because the option is there, it does not mean you are obligated to do Disney rope drop at every park and every morning. Do not stress yourself out! With proper planning, you can develop your own schedule for rope drop. 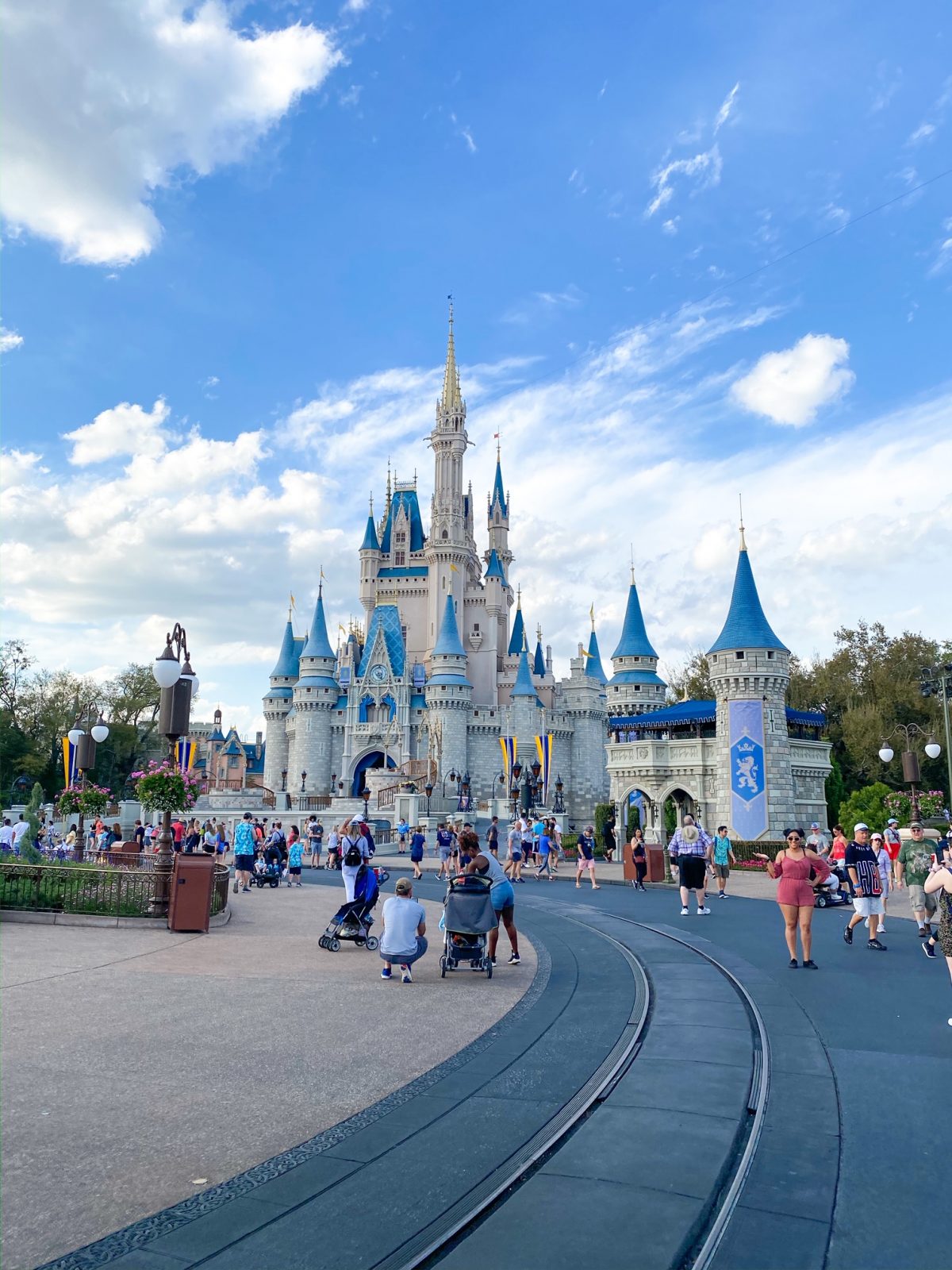 Get a FREE printable 30/60/90 day Disney countdown by joining our private Disney Facebook Group and share your photos and ask for tips and tricks!

How To Do Disney Rope Drop And Beat The Crowds

What Is Rope Drop At Disney?

If you are not familiar with Disney World rope drop, it may sound like a fancy event. However, Disney rope drop is just the term for when Cast Members start allowing guests into various lands. Rope drop does not mean the time when guests are first allowed into the parks. Technically, the parks open in two phases. The first is when they start allowing people through the turnstiles. The other is when they start letting people line up for attractions.

Cast Members will hold a “rope” across the path in a certain part of the park to allow guests inside, but you cannot start racing toward an attraction just yet. For example, if you arrive for Magic Kingdom rope drop, you will be allowed in the park on Main Street. However, you cannot go into the various lands or get in line for attractions right away.

When it is time to officially open, you will typically see cast members walk in front of the crowd. They will hold the “rope” stretched out in order to keep guests from running to the various lands.

Ironically, the rope is not really dropped. The barrier used to keep guests behind a certain point is basically just pulled to the side to start allowing guests inside when it is time. 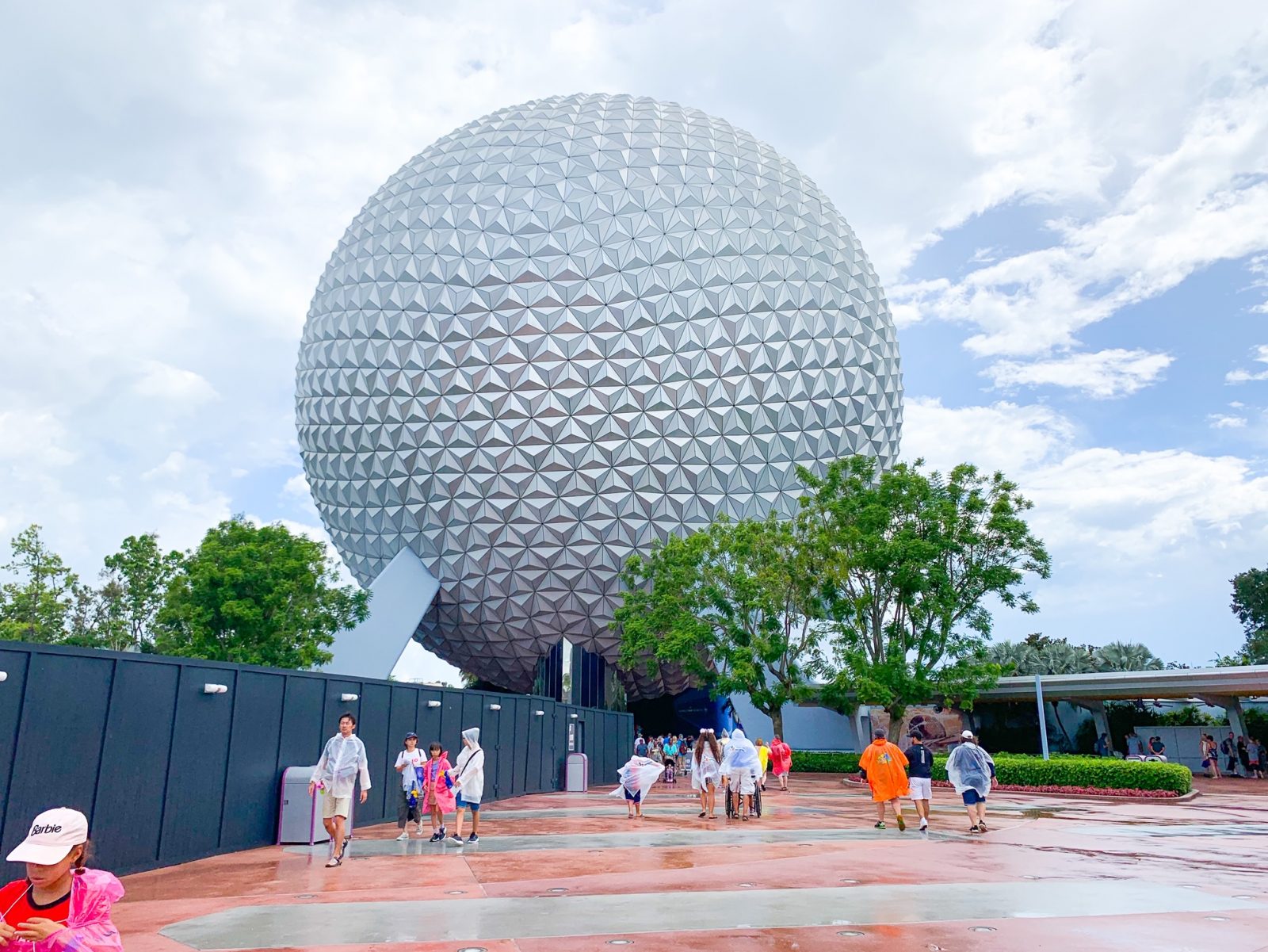 Yes, doing Disney rope drop can really make a difference. The closer you are to the front of the pack, the better chance you have of getting to your first attraction with little to no line. You will see a time difference in lines within the first hour of park opening, which can be huge. In most cases, the shortest lines you will encounter on the most popular attractions will be at park opening.

Using Touring Plans’ example, you can see that rope drop can make a huge difference in the time you are waiting in line for your first attraction of the day. 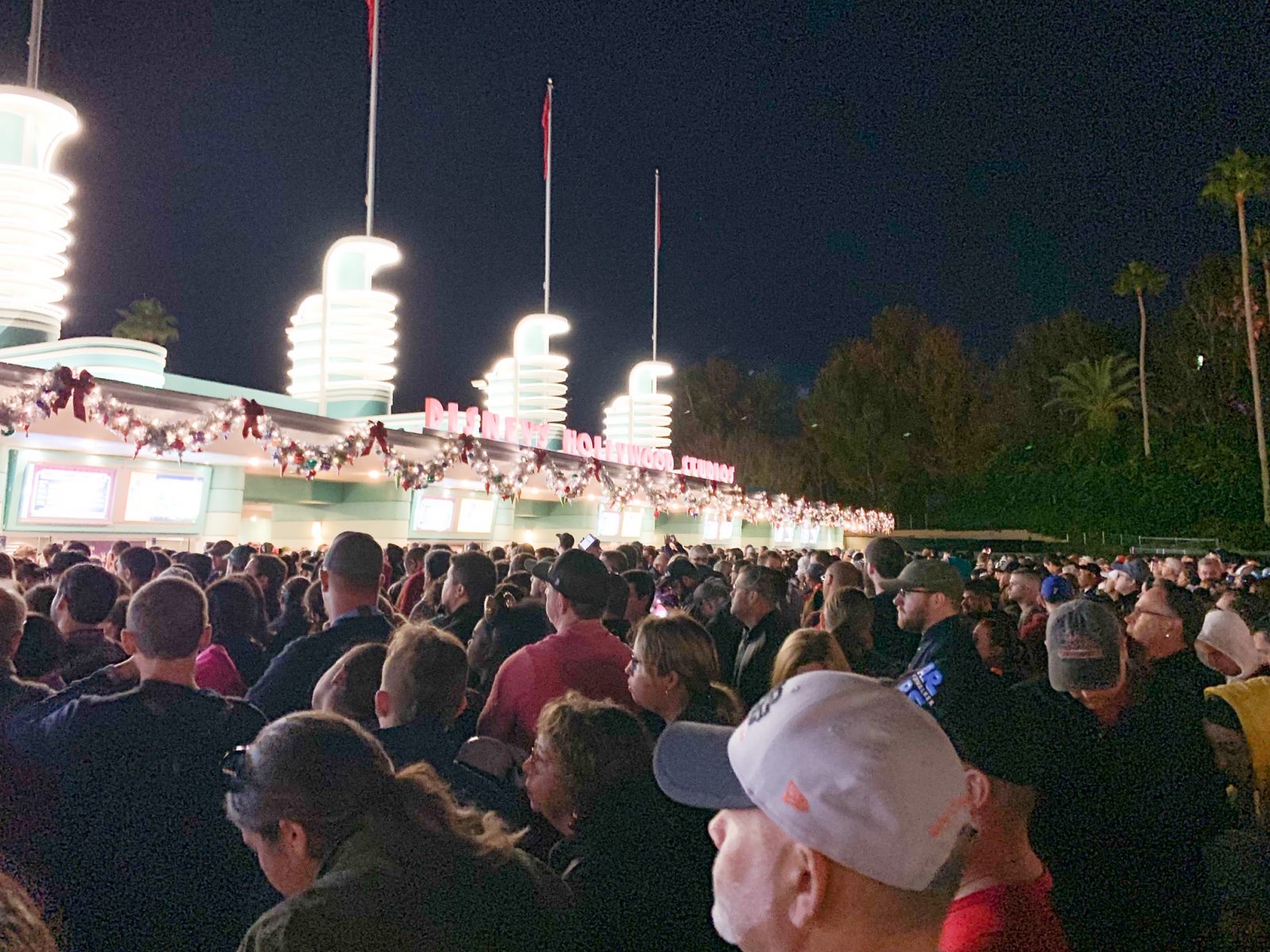 How Early Can You Arrive For Disney World Rope Drop?

In most cases, arriving 45 minutes to an hour before park opening will work to get you in on the rope drop action. If you want to rope drop Magic Kingdom, you will definitely want to go as early as possible. Just note that any of the tips we mention here will likely not apply when it comes to Christmas Day or any other extremely crowded day.

READ NEXT:
How To Use The NEW Disney Dining Plan Plus

Remember that you have to factor in transportation to the parks themselves as well. If you are headed to the Magic Kingdom, you need to allow at least 20 minutes just to get into the park from the Transportation and Ticket Center. Security lines and bag checks will also add to your wait times. 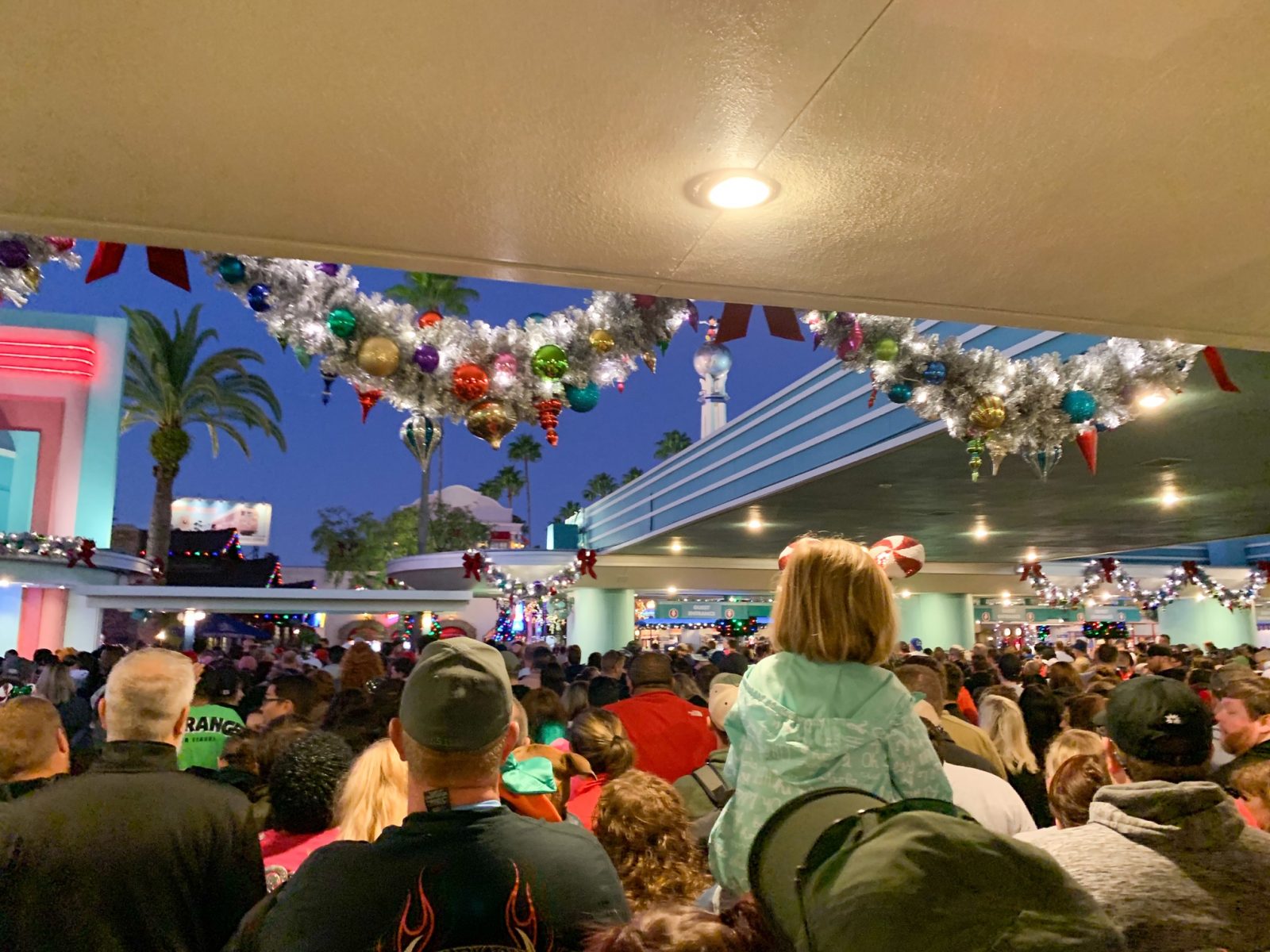 If you are not a Disney World Resort guest, you need to pay attention to what areas are open for Extra Magic Hours. You may want head for Frontierland on a day where resort guests are in Tomorrowland and Fantasyland. Some of the most popular rides that people arrive early for include:

Not only are these some of the most popular rides, but they may also be hard to get a same-day FastPass+ for. They typically have the longest standby lines too. Choose your rides wisely. You want to go for the shortest attractions. The longer the ride is, the longer the wait time will be for your next attraction.

For example, you might have a FastPass+ for Peter Pan’s Flight and Seven Dwarfs Mine Train. Then you could go for the Tomorrowland rope drop to get on Space Mountain first.

Another option to consider is booking an early morning breakfast reservation at Crystal Palace or Cinderella’s Royal Table. Having a reservation an hour before the park opening can help ensure you are there in time for rope drop. 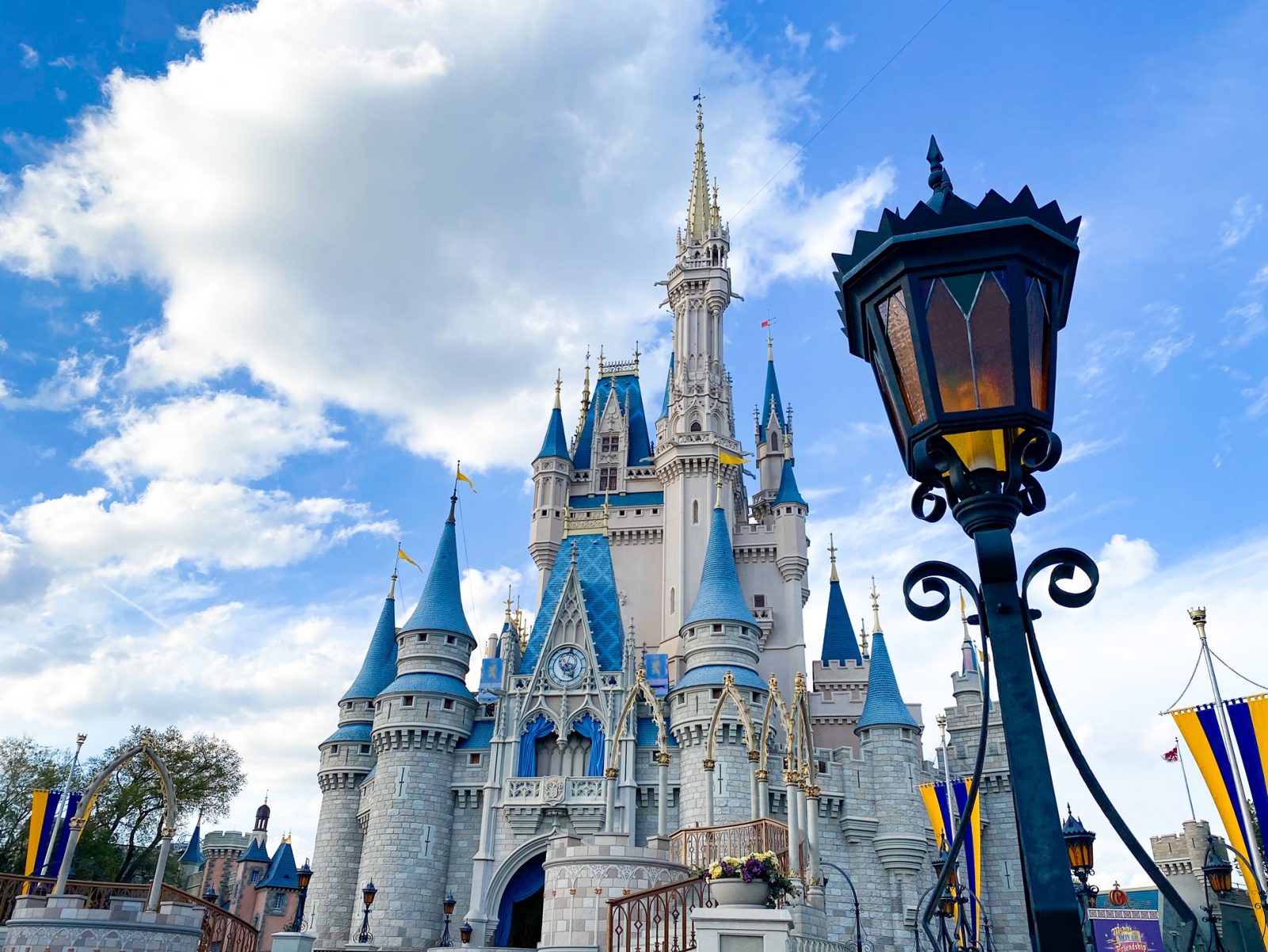 Epcot rope drop is great for people who want to beat the crowds on popular rides like Frozen Ever After, Test Track, and Soarin’. However, remember that Epcot has two different opening times you need to be aware of. The park usually opens at 9 AM, but the World Showcase has its own opening time, which is usually at 11 AM.

READ NEXT:
How To Avoid Motion Sickness At Disney!

Disney fans arriving for Epcot rope drop should plan to get through the turnstile around 15 to 30 minutes before the official opening time. Cast members will lead you to the rope area in the plaza between the Innoventions buildings. When it is about 10 minutes until the park opening time, cast members will start escorting you to your first attractions. 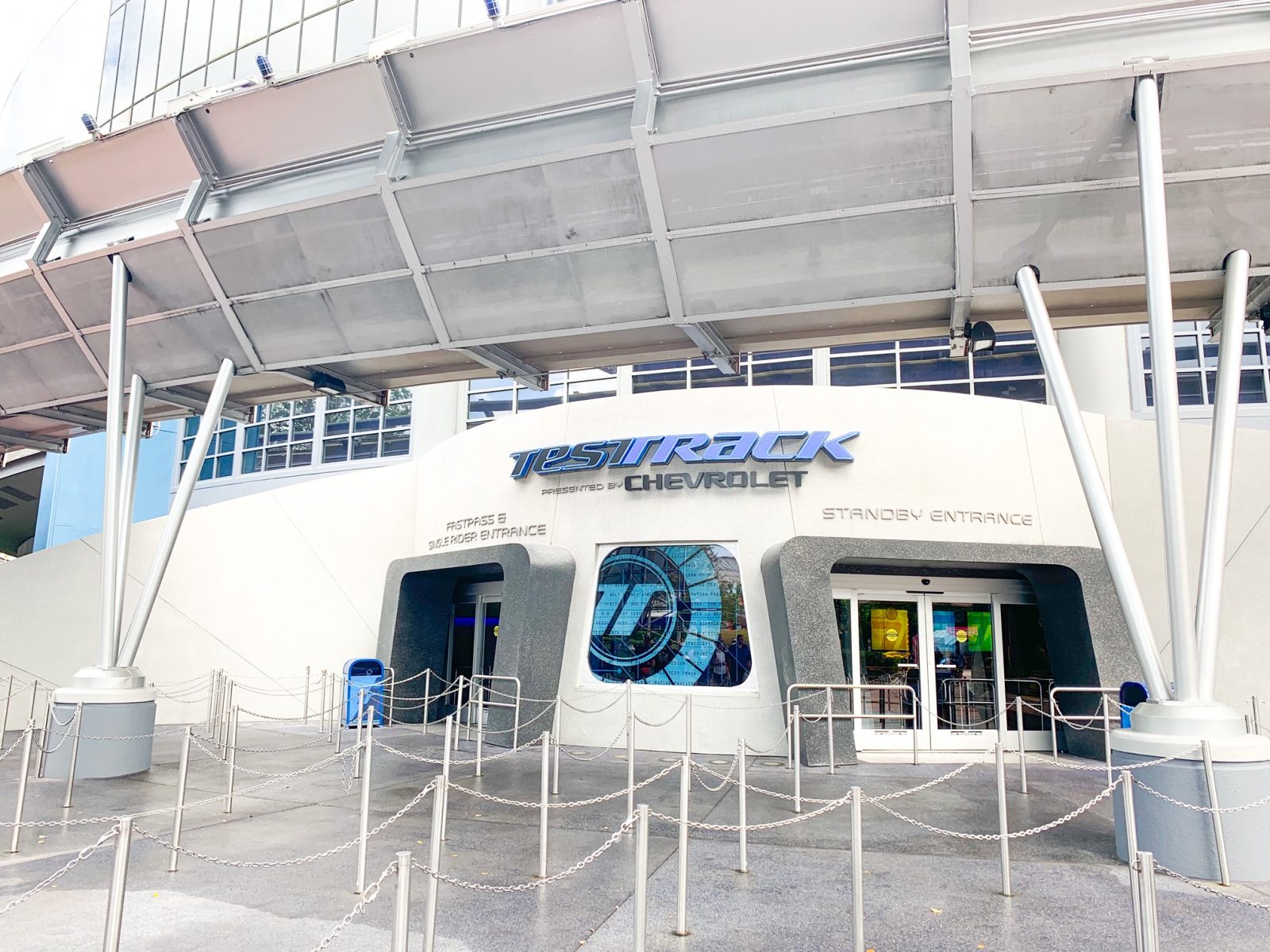 Typically, guests can enter Hollywood Studios around 30 minutes or so before official opening times. Some shops and maybe the Starbucks Trolley Car will be open for early-morning guests. On the busiest days, cast members may start letting you in even earlier. In the past, rides like Slinky Dog Dash and Toy Story Mania were the attractions people wanted to get on first thing.

Now that Star Wars Galaxy’s Edge has come onto the scene, it has become a gamechanger for Hollywood Studio crowds. Rise of the Resistance, opened last December to a lot of confusion and some intense crowds. Disney is using a virtual queue system to handle these crowds. It seems the park is opening hours earlier to help get everyone into the queue. If you arrive closer to the official park opening time, you are likely to find out that all of the virtual passes are gone already.

Opening weekend for Rise of the Resistance brought a lot of frustration. Cast members told guests the park would not be opening early to accommodate those wanting to join the virtual queue. Instead, Hollywood Studios opened at 5:30 AM that day, allowing the hordes of guests in to start getting their virtual place in line. By the time the park officially opened, the virtual queue was completely full. Set several early morning alarms if you are planning to join the Rise of the Resistance virtual queue, otherwise, you are bound to be disappointed. 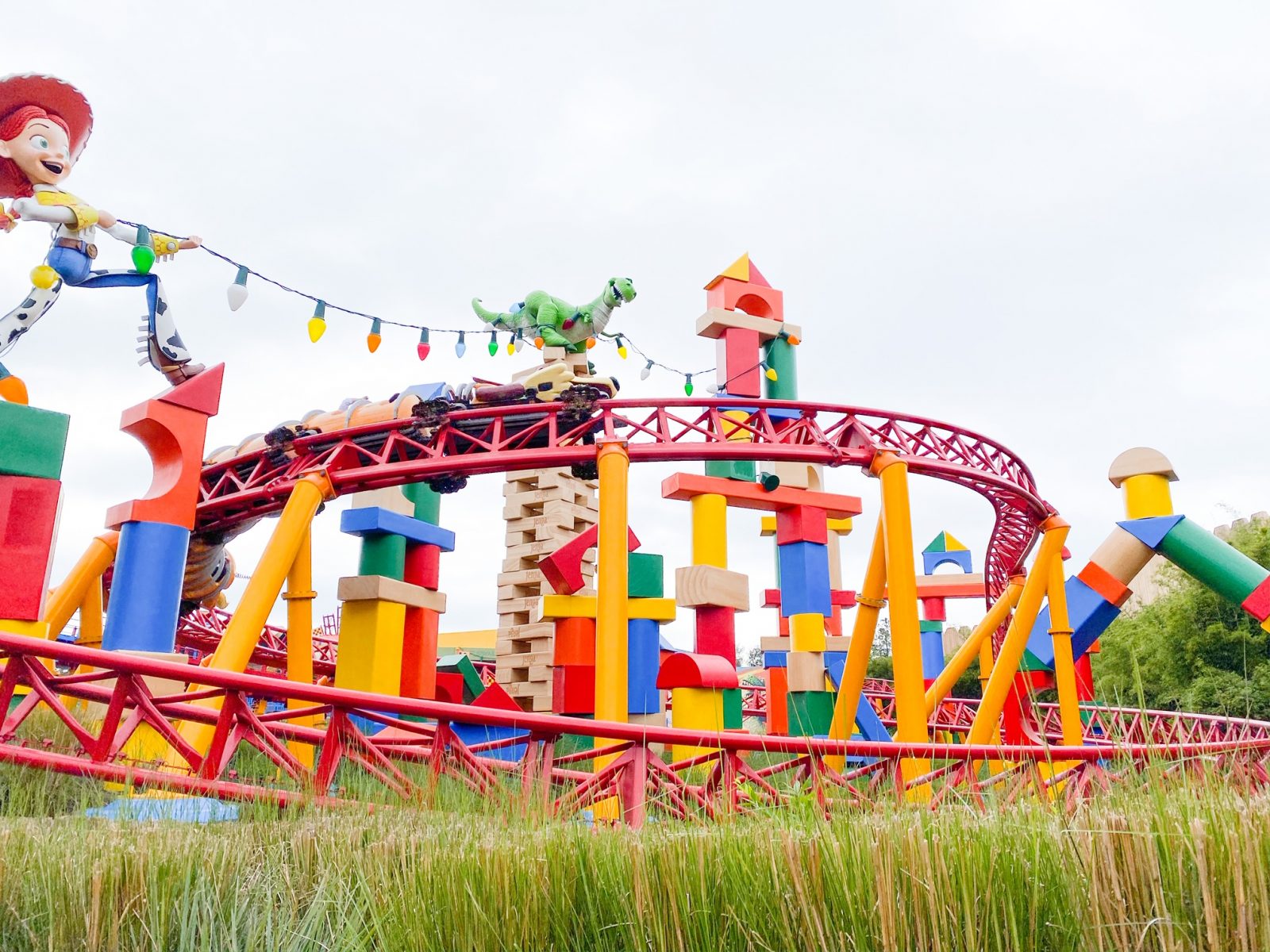 On most days, cast members will start letting guests in around 30 to 60 minutes before Animal Kingdom opens. You are allowed to walk through the Oasis to get to Discovery Island. Here you will stand at one of the ropes that lead to various lands. If you are hoping to ride Pandora, look for the area with the most people. 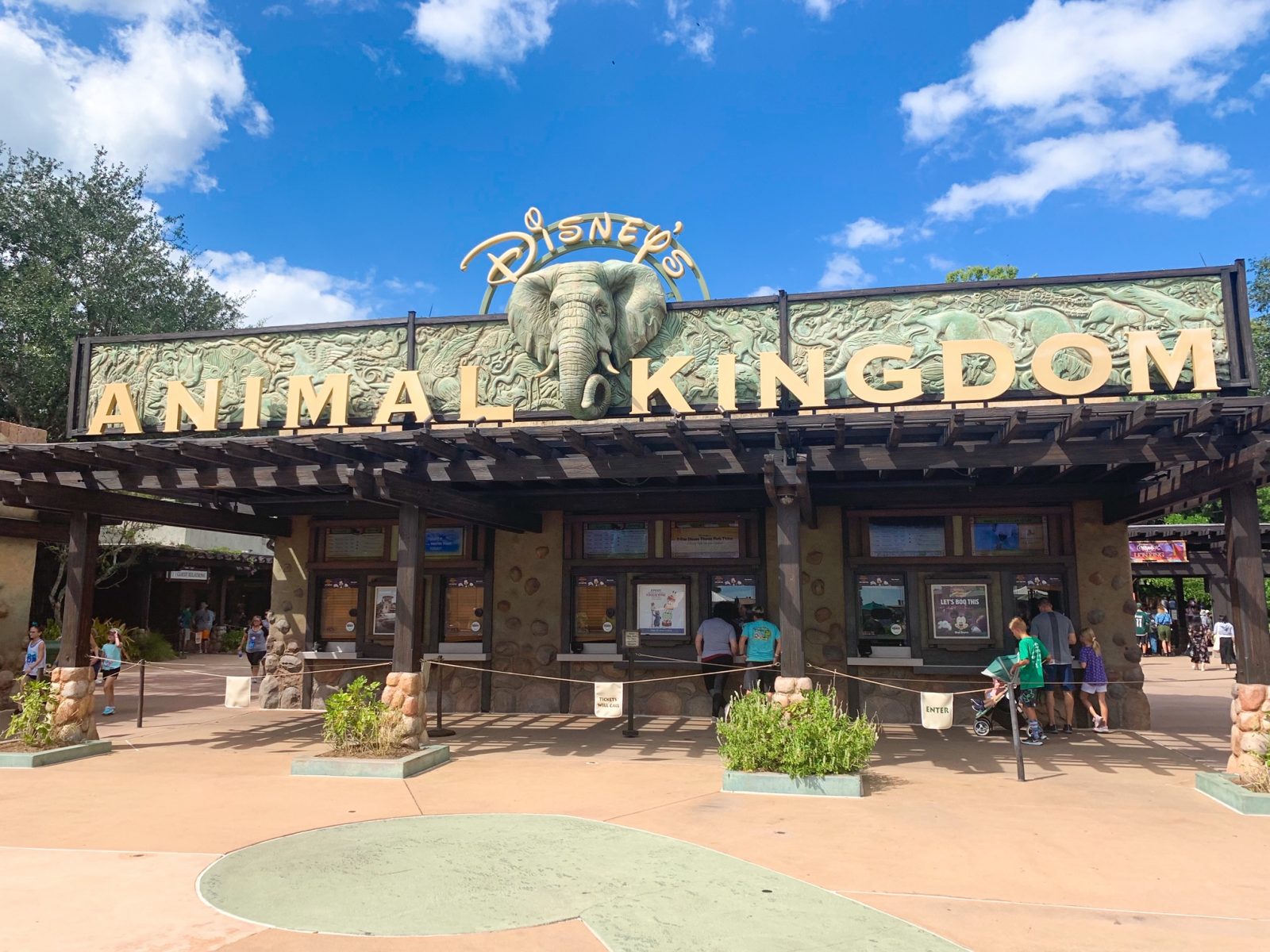 Should You Rope Drop at Disney Every Day?

The answer may surprise you — no! You should not try to do rope drop every day of your Disney World vacation. Are you planning on staying into the night with the special evening Extra Magic Hour? Most guests are likely to have some late nights and just be tired the next day. You are not going to get the most out of your Disney World vacation if you are exhausted and cranky.

Choose your Disney rope days wisely. Are you attending an event like Mickey’s Not So Scary Halloween Party the night before? Is your trip longer than five days? Not every morning requires hours of standing in line. Take a few mornings to sleep in and rest up. It can do wonders for your stamina on the other days where you plan to spend the entire time in the parks. 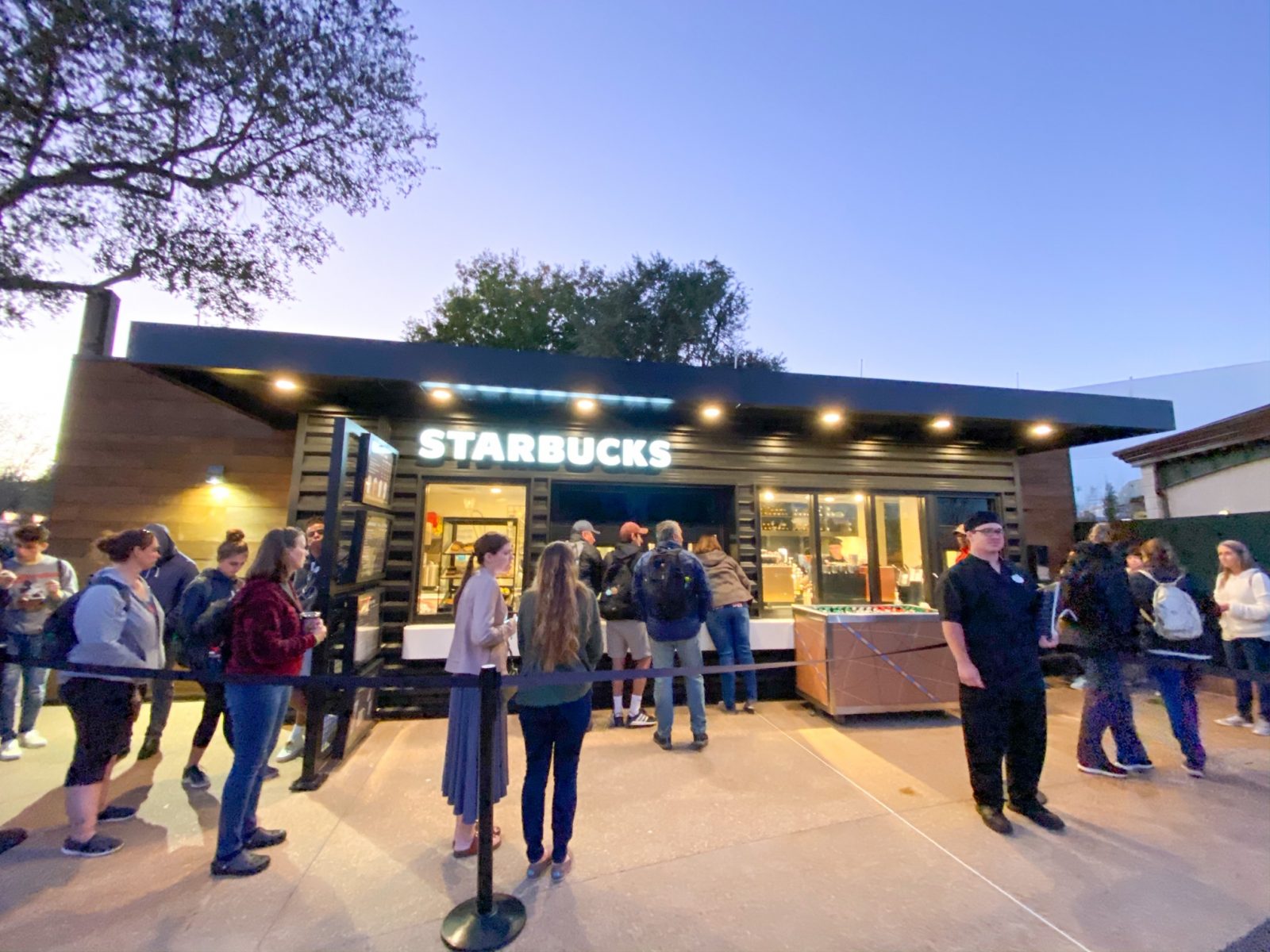 1 — When it comes to Star Wars and Rise of the Resistance, you may find that information and procedures change regularly. Your best bet is to join some of the Disney Facebook groups, including our own Disney Trippers. Sometimes the cast members are in the dark about what is going on, or they just are not able to share information. Ask guests who were just at the park to find out the latest information.

2 — If you are headed to Hollywood Studios for rope drop and you see that Slinky Dog Dash already has a long line due to Extra Magic Hours, plan to hit another attraction first. In most cases, the line for Slinky Dog Dash will stabilize later on, so you can spend your morning riding something else.

3 — With Animal Kingdom rope drop, pathways are narrow. This can make it difficult to pass people. Getting there early is better so you are in the front of the group.

4 — With Expedition Everest, you may find it faster to go through Dinoland U.S.A. rather than waiting for the cast members to walk you through Asia and Yak and Yeti.

5 — For general Disney rope drop tips, pay attention to what type of park ticket you have. Guests who do not have a hopper ticket will need to commit to staying in that one park. Or, you can consider upgrading your ticket, which allows you to park hop.

Rope drop is a really personal experience. There is no right or wrong order or park choice. You need to decide what works best for your schedule and your family. The main objective is to get to the park of your choice early enough to get to the front. Don’t be afraid to ask cast members for assistance and be sure to search posts and ask questions in the Disney Trippers Facebook group. We are always here to help. We want your Disney World vacation to be the best it can be! 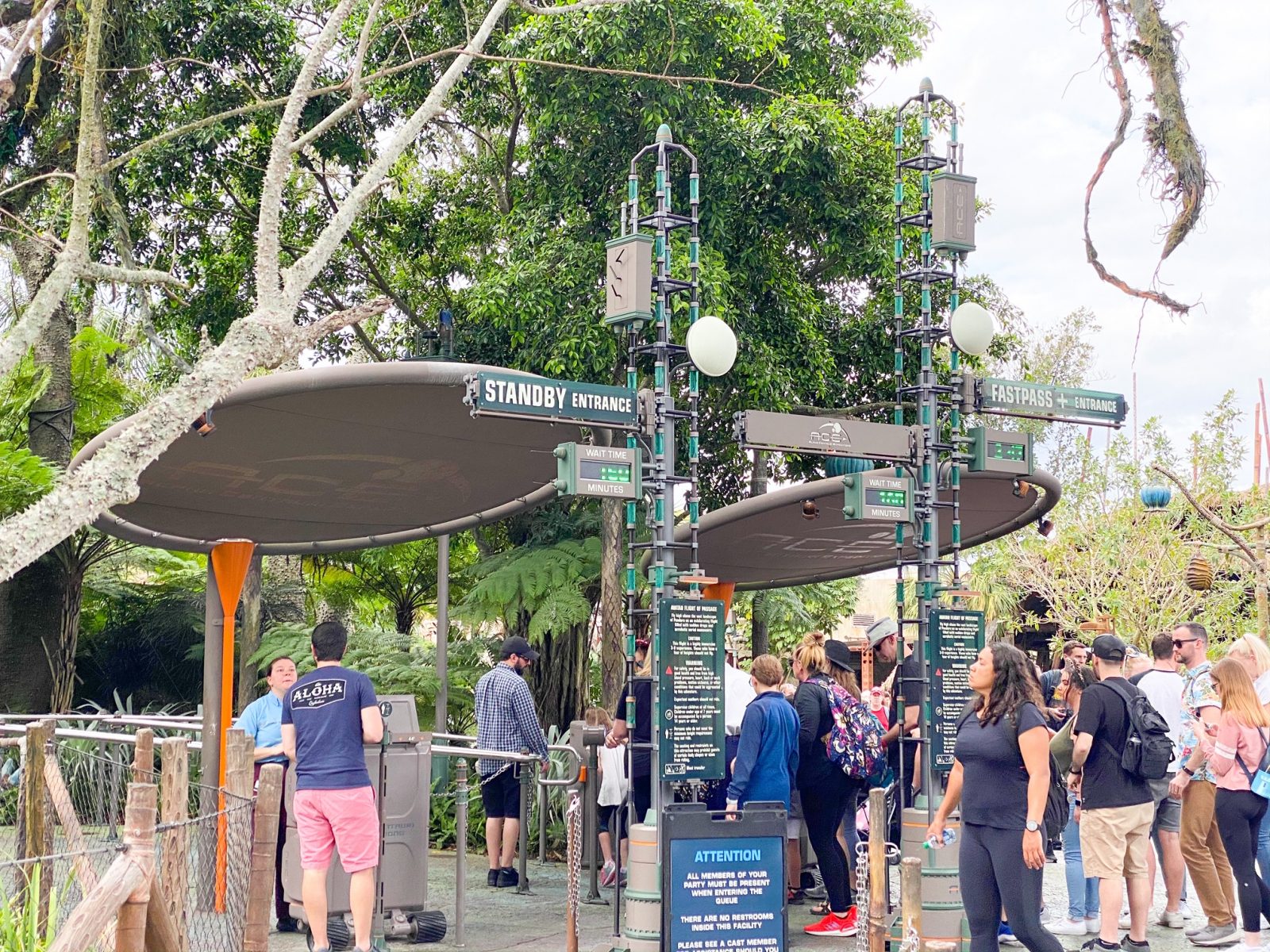 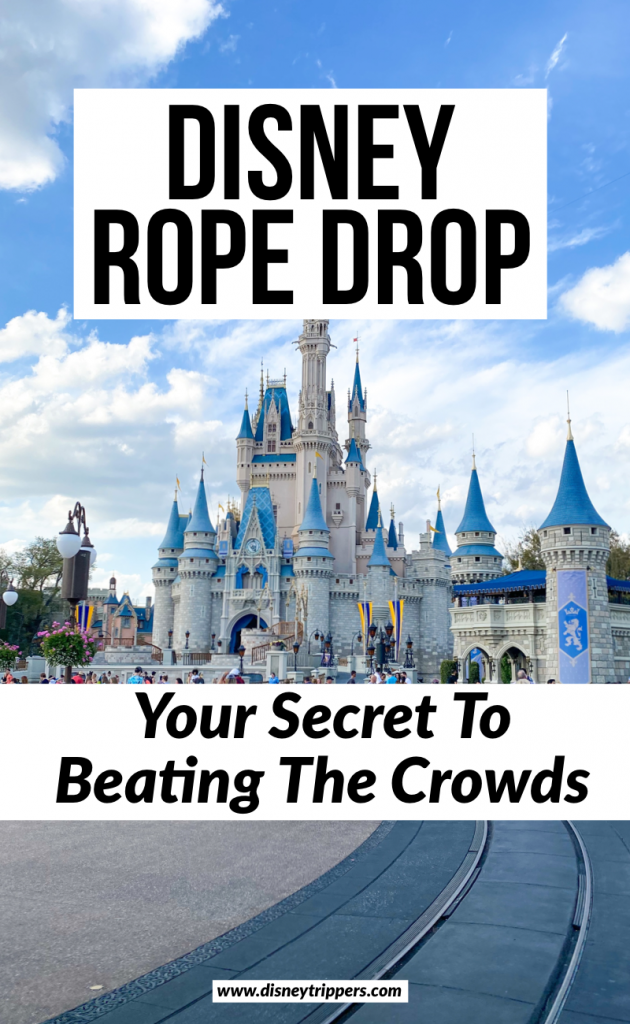 The Ultimate Hollywood Studios Itinerary (Without Lines!)
Next Post: 15 Disney Dooney and Bourke Purses You Will Want Right Now